To provide delicious food made from locally sourced, high-quality ingredients.

Vesta Kitchen is a catering company that makes take-out lunches and sells pantry items. They focus on using locally sourced ingredients through working with local producers.

Home is where the heart is, and for John Alff, his heart is dedicated to the foods he makes through his catering business Vesta Kitchen. Named after the Roman goddess of hearth and home, Vesta Kitchen strives to make spectacular food made with locally and ethically sourced ingredients.

“Vesta focuses on the fact that food brings people together around the table,” Said Alff. “The most important thing to me is making awesome food that people are going to enjoy eating.” 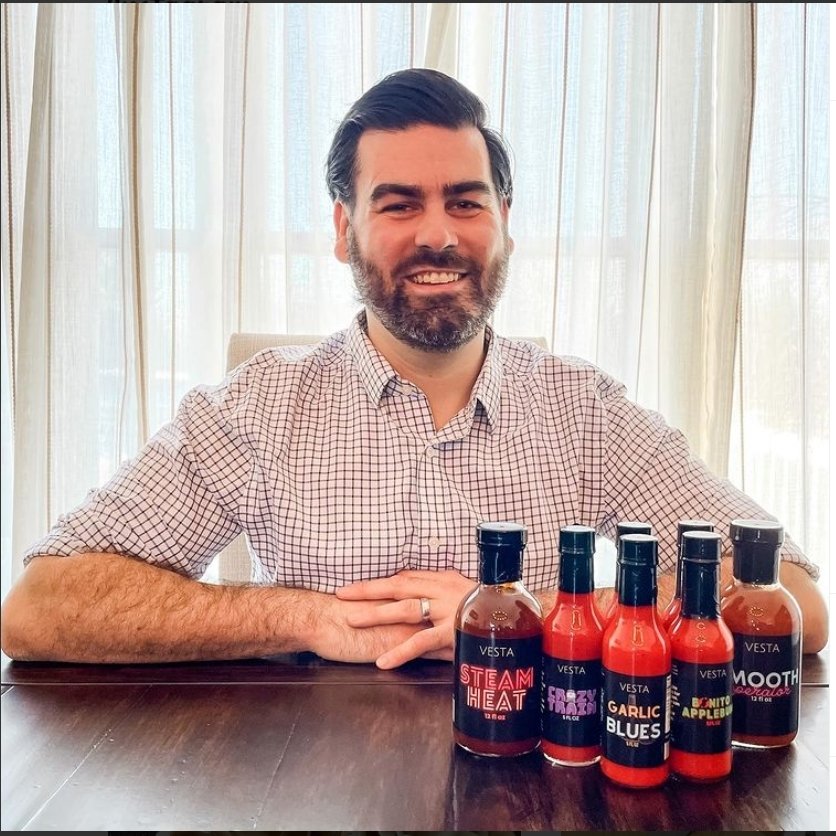 Operating in Phoenixville, Pennsylvania, an important aspect of Vesta Kitchen is that nearly all of the food is sourced locally by people Alff personally works with.

“Pretty much everything on my menu is from within 50 miles of Phoenixville, said Alff. “Except for salt and olive oil, every other ingredient is sourced from Pennsylvania featuring all these awesome people I have relationships with now. It’s really great to support other local producers, farmers, and businesses.”

Vesta also aims for its products’ ingredients to be ethically sourced. This includes using meat that is humanely raised, antibiotic-free, and hormone-free.
Alff had an early love for cooking when he began making hoagies and pizzas at mom-and-pop pizza shops in high school. Additionally, he worked at Blooming Glen Pork and Catering, where he learned a lot about barbecuing. Later, Alff went on to work at various restaurants in Philadelphia, such as Percy Street BBQ, Root Restaurant, Barbuzzo, and Bud & Marilyn’s for Safran Turney Hospitality. There, he further honed his cooking skills and how to run a kitchen.

After moving out of Philadelphia and into the suburbs, Alff left his work to focus on his family. However, after visiting the Phoenixville Farmers Market in 2018, he connected with St. Peter’s Bakery, where he would work and learned how to bake bread. Through working at St. Peter’s Bakery, Alff made connections with other businesses at the farmers market and found the opportunity to start Vesta BBQ. With Vesta BBQ, he would sell barbecue, using nothing but a small tent and smoker. To expand its menu, Vesta BBQ turned into Vesta Kitchen and added catering and delivery services. Presently, Vesta Kitchen attends pop-ups and provides ready-made lunches at a local food market, Red Dog Market in Pottstown.

As a result of the pandemic, John was forced to innovate and Vesta Kitchen started bottling and selling their homemade hot and barbecue sauce, rubs, and tomato sauce. Each product has a music-themed name, such as “Crazy Train” fermented hot sauce and “Sunday Kind Of Love” tomato sauce. None of his sauces are mass-produced, as Alff cooks, bottles, and labels them himself.

As of now, Vesta Kitchen is content with catering and selling sauces. Alff enjoys his partnership with Red Dog Market and hopes to do more pop-ups and possibly provide place-ordered lunches.

You can find Vesta Kitchen on their website, where customers can look at their menu and order pantry sauces. You can also find them on Instagram, where they list their preorder lunch menu every week for Red Dog Market and showcase some of their food. 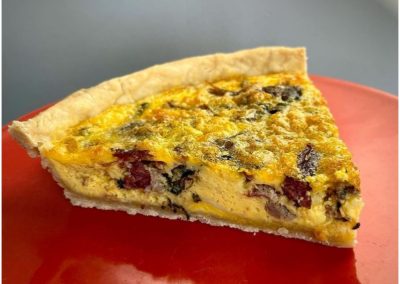 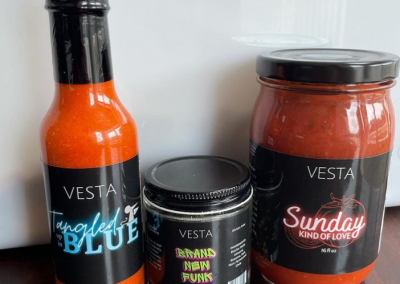 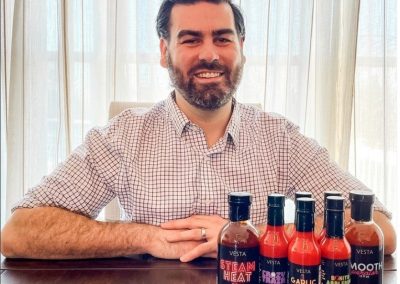 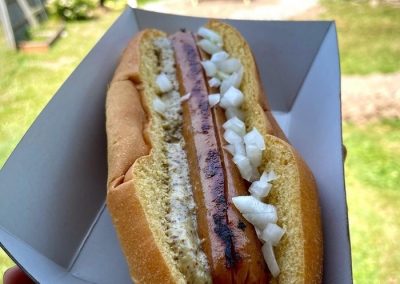 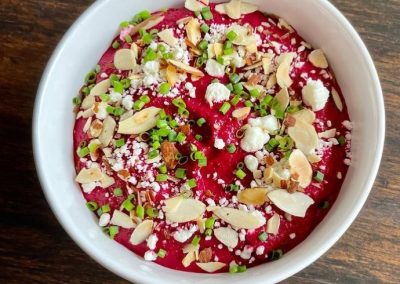 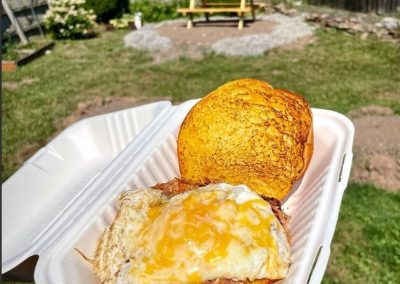 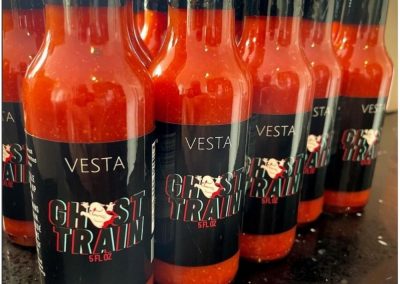 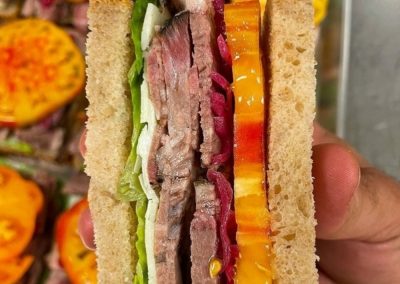